2016 Census: How Australia Is Changing

Home/Media/2016 Census: How Australia Is Changing
Previous Next

2016 Census: How Australia Is Changing

The results are in!

Last week the findings of the 2016 Census were released, and they definitely reflect a changing Australia. Basically, our country is becoming a more open, multicultural and religion-free nation, but let’s break it down further so you can see the current trends. How will Australia change even more through your lifetime?

The nation’s population now stands at 24.4 million people. Which means since the 2011 census, Australia had gained an extra 1, 037 Aussies to the mix. We’re steadily growing and will continue to do so for a while, and though we’re not even in the Top 50 of population density in the world, we are the sixth largest nation by landmass. So we have plenty of room!

The census also revealed that most Australians (8 out of 10) live on the Eastern seaboard, residing in Queensland, New South Wales, Australian Capital Territory and Victoria. Though Sydney still remains the country’s most populous city, Melbourne is coming in fast with a higher growth rate. It’s only time before Melbourne will become more populated and hold Sydney’s title. Darwin and Perth are also growing fairly rapidly.

Australians are getting older! 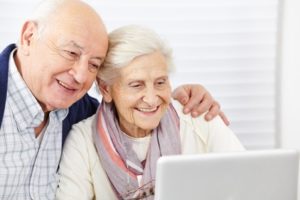 The median age of Australia is 38, compared to 23 in 1911. As the baby boomer generation grows older more Australians are 65 and over. Why should this matter to me, you ask? With more people over 65 than younger, added with a longer life expectancy, when it comes to votings, Australia’s path may be a nation determined by the older generations decisions. Yikes…

Diversity is on the Rise

Finally, Australia is becoming more accepting of people’s sexuality and different family structures. Same-sex couples have increased by a whopping 81% in ten years, which proves that the nation is becoming a much more open and friendly society as a whole!

For the first time in our history, Australia has more people stating they follow no religion than any other one faith. 30% of Australians stated that they identify with no religion, up from 22% in 2011.

However, overall we still remain a predominately religious nation with 60% of people following a faith. But that is steadily decreasing and has been for decades. Why is this? Older people seem to be keeping their faith, but younger people no longer believe they need to belong to institutionalised religion. I would predict that Australia will only grow to become a more non-religious nation as time progresses.

Islam and Buddhism are the most common non-Christian religions within Australia, with Islam growing only marginally within the past five years!

As you can see Australia is changing at a spectacular rate! I don’t know about you but I can’t wait to see what Australia looks like in another five years!