What are you most scared of? Angry spirits seeking vengeance? Insane killer clowns? Capricious witches? Blood-thirsty vampires? Crazy scientists? Whatever your fears or phobias there is no doubt at least one or all have featured on the hit television series, American Horror Story. To celebrate the release of it’s newest season, as well as it being the month of Halloween, this blog is made up of nickname ideas inspired by the your favourite deranged characters from the show.

Will you show your murderous tendencies by displaying your favourite killer, or will you display the more modest victims of these gruesome tales? However, display your choice with caution, there are plenty of murderous clowns and jealous Supremes looking for their next victim. 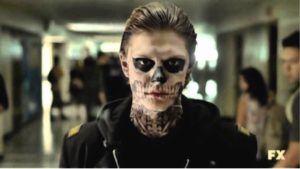 Ideas for those that live in the Murder House:

Ideas for those that belong in the Asylum:

Ideas for those powerful enough to join the Coven: 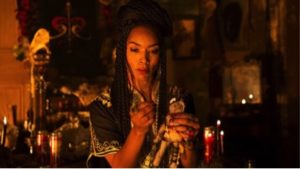 Ideas for those that wish to watch the Freak Show:

Ideas for those that dare to check- in to the Hotel: 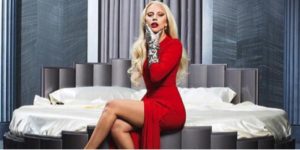 Ideas for those willing to discover Roanoke:

Remember, our jerseys allow up to 15 characters with symbols, so if you have anymore more American Horror Story nickname idea’s don’t forget to tell us about them! Need more help choosing your Year 12 jersey nickname? Why not head over to our forum and our friendly community can help you pick a nickname for your jersey.