Suicide prevention and mental health is becoming an increasingly important issue in recent years. Facebook has recognised this and has been making really awesome changes to their policies to encourage people to look out for each other and get help!

Facebook has already rolled out a suicide prevention tool that allowed people to flag their friend’s posts if they think they might be at risk of suicide or self-harm recently. Following a report, the person who posted the update receives a notification from Facebook which gives them some ideas of where to get support. However, with the introduction of new features on Facebook this tool started to fall behind and not work well with features such as Facebook Live. 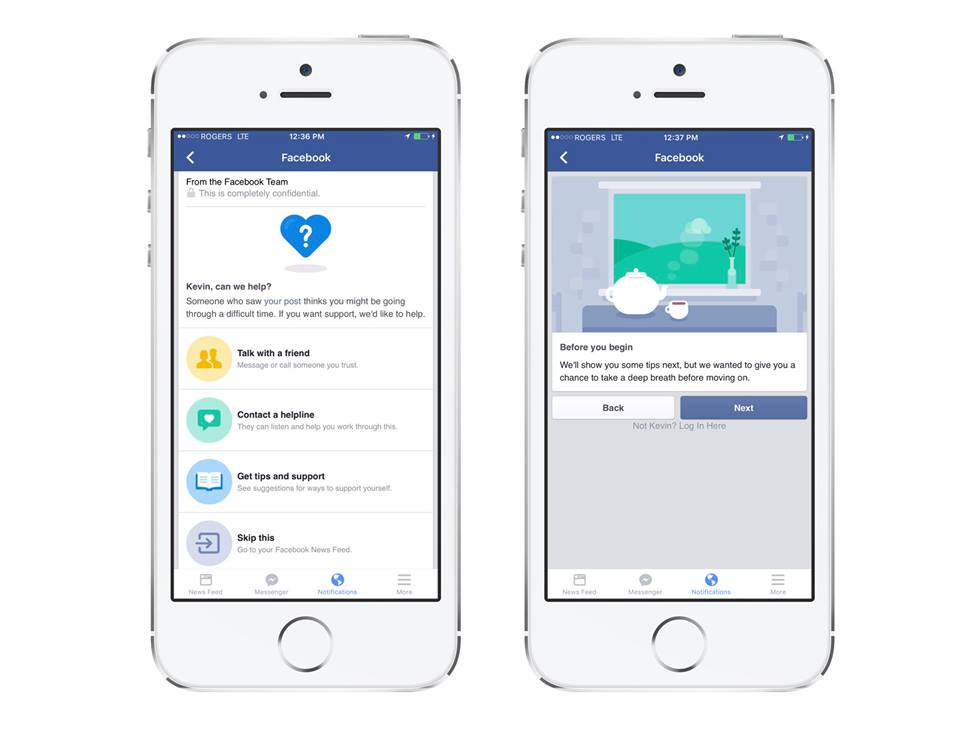 Facebook has now released a similar tool aimed at tackling the issue of suicide and self-harm threats in live broadcasts, which are a relatively new feature.

Viewers can now report to Facebook directly to get the person help from emergency workers if there is a serious risk to their safety. Those at-risk of harming themselves can now also connect to crisis organisations through messenger if they want to seek help, which makes it a million times easier to access professional support. Artificial intelligence technology will look for signs of suicidal behaviours or thoughts that haven’t been reported yet by users, which will prevent incidents from ‘slipping through the cracks’. These features have been added on top of the old reporting tool, so users still see all the support-seeking options as before.

There have been cases where this feature could have potentially saved lives in the past. In a well-known example, a 12-year-old girl from the US broadcasted her suicide. The video of this went viral, taking two weeks to remove from the website. This is just one of many other cases which have caused Facebook to develop new features to keep people safe.

If you are feeling at-risk of self-harm or suicide, please contact Lifeline on 13 11 14 or online at https://www.lifeline.org.au/Get-Help/Online-Services/crisis-chat.