Netflix’s Girlboss: Love it or Leave it

Home/Entrepreneurship, Media/Netflix’s Girlboss: Love it or Leave it
Previous Next

Netflix’s Girlboss: Love it or Leave it

So, if you’re like me and base your social calendar around Netflix’s release schedule (please, no judgement) then you would have already seen the recent addition of the Netflix original, Girlboss. Based (loosely) on Sophia Amoruso’s bestselling story of the same title, it follows the origins of Amoruso’s multi-million dollar fashion empire, Nasty Gal. Though it’s only hit the small screen for a few weeks, it’s already got viewers torn. After spending half a day binge-watching this surprisingly addicting show, I can say that I thoroughly enjoyed it, and the criticism for it, in my opinion, is vastly unfounded. He’s why…

So, one major criticism (in fact, this seems to be the main theme recurrent throughout reviews), is that the main character Sophia Amoruso, played by the very talented Britt Robertson, is not likeable and viewers find it hard to relate. But isn’t that the point? Sophia isn’t supposed to be likeable, in fact, I think the writers made her to be annoying as possible. (I too went though a phase of severely growing bored of her antics, threatening to switch the TV, and continue with Vikings…). But as you continue watching, you find yourself starting to feel for her, starting to actually find her quirkiness funny as she too, seems to mature during the show. Those that disagree clearly gave up on the challenge of persevering and turned it off in the first few episodes. But this point leads to me to my second…

Sophia isn’t a moralistic, do-gooder role model who has to face the challenges of adversity that is thrust upon her. She’s an unapologetic, borderline homeless “anti-adult”, that steals and haggles her way through life, whilst trying to find herself in this brutal world. She’s real. All you have to do is ask yourself what you would do in her shoes, and you might even see yourself in the angsty persona that is Sophia. 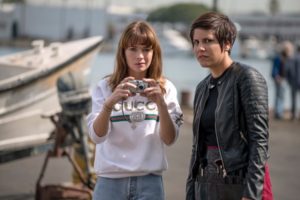 Most of all, this show is just a bit of fun. Yes, it’s no House of Cards, or Vikings, there’s no overarching great pretentious moral of the story. It’s not going to win any awards for its cinematography (Though it’s soundtrack is A-M-A-Z-I-N-G). It’s a show about a journey, and a show about life, with just the right about of drama and comedy. The dialogue between the characters are not overly-dramatised and yet, because it’s so relatable you start to sympathise with the characters. Though some might call this show ‘pointless’, one could argue which show isn’t? It’s entertaining, which is the sole purpose of TV, and it doesn’t take itself too seriously, which I admire! 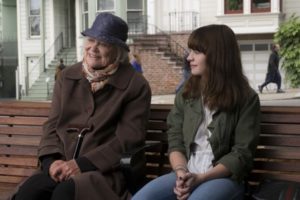 And one final argument: it’s produced by Charlize Theron…so, you know it’s good. Bring on Season 2!!

Did you love the show as much as I did? Or, did you find it just plain annoying? We’d love to hear what you think! Continue the conversation in our friendly forum, and the debate can continue in the community!