Love him or hate him, it doesn’t really matter, as Kanye West has enough love for himself. It seems like every time we refresh our feed, this controversial rapper graces our screens as he starts another feud with a fellow celebrity or proclaims his lyrical genius.

There’s no denying the man has talent, and over his successful career the artist has adopted many nicknames and aliases. This Top 15 compiles the best of those nicknames as well as those created by his fans. All of these ideas were listed by the applicants of our Instagram competition earlier this year in July, and these 15 were the best of the crop. If you love the artist and want to represent his style, these names would be perfect for your own Year 12 jersey nickname.

We think Yeezy himself would agree. 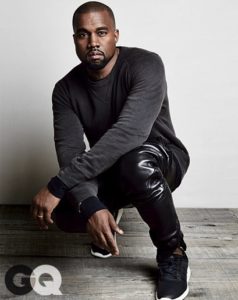 This nickname calls tribute to one of the rapper’s most famed singled ‘Gold Digger’, released in 2005. The single broke a record for the most digital downloads in a week, selling more then 80, 000 copies, was 2005’s second longest hit on the Billboard Hot 100, and by 2011, the single had sold over 3 million copies world-wide.

At age 20, Kanye West dropped out of college to follow his career in music and Hip-Hop. It seems to have payed off, and it goes to show that there are many pathways to success. This nickname was also inspired by one of his earlier albums The College Dropout, released in 2004.

It seem’s Kanye’s ambition extends much further than his musical career. In late 2015, the determined rapper proclaimed to the world that he would be running for United States presidency in 2020. Would you vote for President Yeezy? 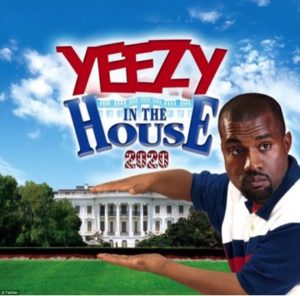 “Black Skinhead” was a popular hit in the artist’s sixth studio album, Yeezus, in 2013. The music video of this single, uses powerful imagery to, as Kanye himself puts it, “portrays his dark and twisted psyche”.

This nickname pays tribute to the rapper’s influential wife, Kim Kardashian. The pair married in May 2014 and, to some, epitomise the idea of the modern-day power couple.

Kanye released the song “Famous” as the first single in his newest album, The Life of Pablo, in April, earlier this year. The single met with some controversy on it’s release in response to it’s references aimed at pop star Taylor Swift, in relation to his dispute with the singer at the 2009 VMA’s.

This nickname is an ironic reference to the rapper’s seemingly ongoing feud with Taylor Swift. The pair of celebrities have been creating a social media storm with their subtle but significant jibes at each other since the 2009 VMA incident.

It is well known by his fans that the artist does indeed love himself. Some may find his lack of modesty daunting at first, but those in love with his creative personality soon learn to love the artist’s self- appreciation. This nickname also features in his song “I Love Kanye”, which incidentally also features the artist’s name 24 time in the 44 second song.

This three nicknames are all taken from the artist’s appearance on the Ellen show earlier this year to promote his new album. The rapper broke out in a seven minute long sermon- like rant which even reduced the usually bubbly Ellen DeGeneres to silence. It highlighted Kanye’s ambition to help the human race.

Yeezus was the artist’s studio album released in 2013. The album featured an array of experimental genres and topped the charts worldwide, selling over 320,000 copies in the first week of release. It was nominated for two Grammy Awards in 2014. The self made nickname of Yeezus is a play on words of Jesus, and refers to the artist’s own image of himself being a messiah.

Why be only the Messiah when you can be God? Kanye often refers to himself as a godly figure throughout a lot of his work, more notably in the Yeezus single “I Am A God.”

The Life of Pablo was released earlier this year in 2016, and was a huge hit. The artist has said he has had many Pablo’s in his life that have influenced his work, namely, Pablo Picasso, Pablo Escobar, and Apostle Paul. The artist himself see’s himself as a Pablo-like figure, so is a perfect nickname for the artist.

Taking the No.1 slot is the nickname that, we feel, epitomes the artist’s individuality and creativity. The artist has often referred to himself as either a creative or lyrical genius, and whether you love or hate him, it’s hard to disagree with such an impressive body of work.

Remember, our jackets allow up to 15 characters with symbols so if you have any other great Kanye nickname ideas and want to share them we’d love to hear it! Why not venture over to our forum and our friendly community can help you decide a nickname for your Year 12 jersey or jacket.