Top 4 All Ages Shows in Perth

Top 4 All Ages Shows in Perth

Are you planning for an outing with friends or family in Perth but have no idea what to do? Don’t worry mate! We’ve got you cover! You can consider going to watch some shows. We have listed out 4 all ages shows in Perth. Let’s go and have a look!

It is a stage musical based on the children’s novel written by Ronald Dahl. It is the multi-award winning musical from the Royal Shakespeare Company. The musicals is about Matilda, a 5-year-old girl with the power of telekinesis, overcomes obstacle caused by her family and school. She also helps her teacher to reclaim her life. It is now showing at Crown Theatre, Perth until 7 May 2017. You can book your ticket here. 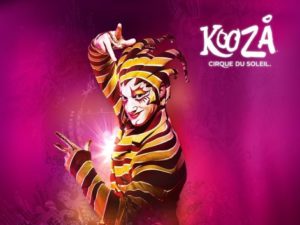 The famous circus show is here in Perth now!!! Just a little background. KOOZA is a show that combines acrobatic performance and the art of clowning, while exploring the fear, identity, recognition and power. The Innocent’s journey brings him into contact with comic characters from a world full of surprises, thrills, audacity and total involvement. It is now showing at Belmont Park, Racecourse until 11 June 2017. You can buy the tickets here.

3.      Harry Potter and the Philosopher’s Stone in Concert 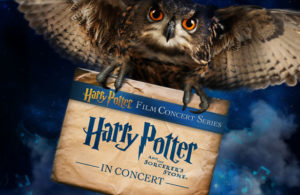 Harry Potter fans in Perth, this is something you can look forward to! This 2 days concert will feature the West Australian Symphony Orchestra performing every note from Harry Potter and the Philosopher’s Stone. You will be able to relive the magic of the film in high-definition on the big screen while hearing the orchestra perform John Williams’ unforgettable score. It will be showing at Perth Convention and Exhibition Centre, Riverside Theatre starting from 5 May 2017. Buy your tickets now before it is gone!

YAYYY!!! Shawn Mendes is coming to Perth!!!! He is touring in support of his album Illuminate, which debuted at number 1 on the Billboard 200 Chart! He will be coming to Perth on 6 December and is held at Perth Arena. Quickly grab your tickets now before it’s too late!

Wow so many exciting shows is happening in Perth! If you have any recommendation of upcoming concerts, musical or any other shows, do share it with everyone here by leaving a comment below!