32 Nickname Ideas for a “Spirited Away” Fan

32 Nickname Ideas for a “Spirited Away” Fan

If you are a fan of the works of Studio Ghibli chances are you love Spirited Away. This 2001 anime fantasy film written and directed by Hayao Miyazaki follows the absurd and colourful adventures of ten-year-old girl Chihiro Ogino as she discovers a magical spirit world in which her parents are soon trapped. Whether admiring the beautiful visuals or the creative array of characters, you will instantly fall in love with this film.

Why not show your true dedication to the film, by displaying your favourite character or place’s name on you’re Year 12 Jersey. Though this film is a relative oldie, it’s one of the top grossing films in Japan to date, and chances are you’ll have an unique and creative Jersey nickname that only the true Studio Ghibli fans will understand. 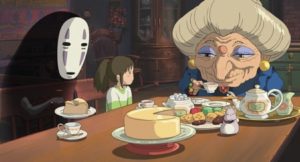 But be careful and make sure to remember your name, as forgetting your name is how the vindictive witch Yubaba controls people…

Keep in mind, our jerseys allow up to 15 characters including symbols so if you have anymore great Spirited Away or Studio Ghibli nickname ideas we would love to hear them. Still deciding on a nickname idea? Why not head over to our forum and our community can help you pick one out!

Let us see your new jersey nicknames on social media, by tagging us using the hashtag, #exoduswear.